10 Solar Innovations that Could Change the Future

With the world’s natural resources rapidly depleting, many people believe that renewable energy is the way of the future. After all, no other source of energy compares to the sun, which is accessible from anywhere on the planet.

It’s beneficial to the environment to use the sun as an alternative energy source. Unlike fossil fuels, solar energy does not produce carbon emissions. This is a crucial aspect that distinguishes it from traditional energy sources in terms of environmental impact. 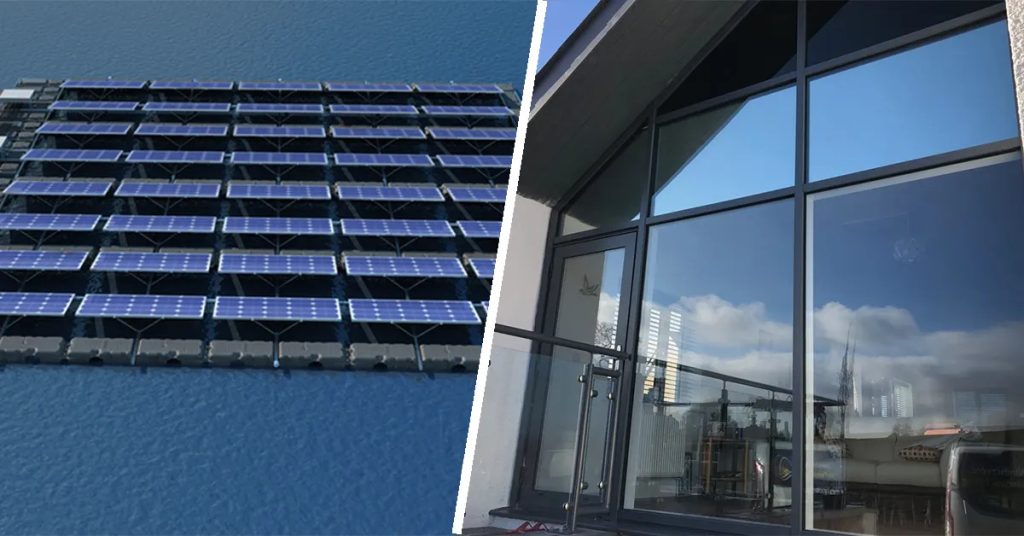 Solar energy has developed into a universal source of energy that can power everything from machines to devices to general ledger accounting software, and inventors all around the world are exploring new methods to harness renewable energy.

Solar will become even more affordable in the future years as technology advances. Solar might even become the most important source of energy for electricity production in a major area of the planet by 2030. With that, we’ve rounded up a list of the latest solar innovations that could change the future. 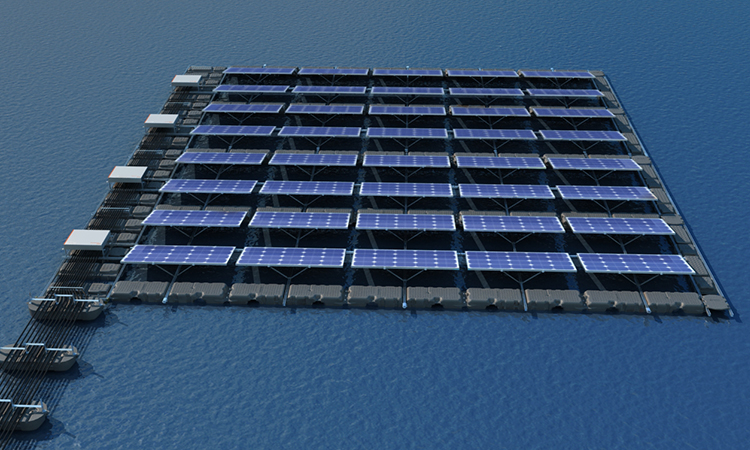 Photovoltaic solar generating systems designed to float on reservoirs, dams, and other bodies of water known as “floatatovoltaics.”

Floating solar farms also reduce water treatment costs by preventing the growth of harmful algae. In addition, the water beneath the solar panels keeps them clean and reduces energy waste. 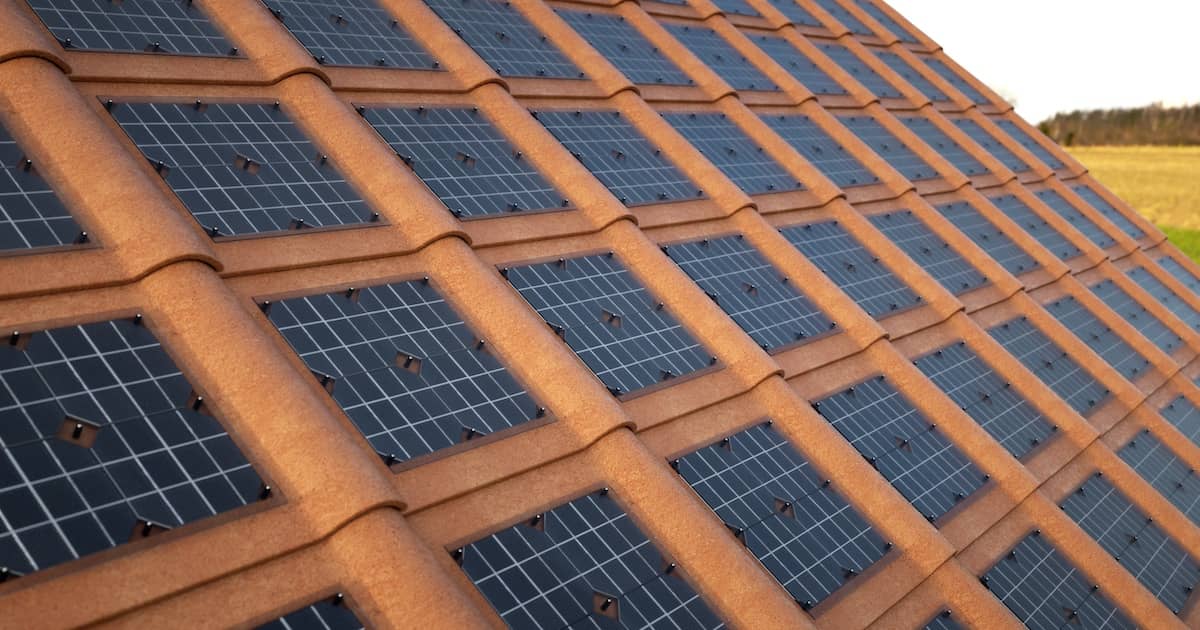 PV shingles are a type of solar energy product that incorporates solar cells into the roofing material. They are one of a group of solar energy products known as building-integrated photovoltaics (BIPV). They can nearly entirely conceal the solar cells depending on the design of the device. Other solar roof shingles products have a distinct appearance in the solar cell portions, but have a very low profile overall.

Solar shingles often cost more to install than a new roof or a solar installation using regular solar panels. The product serves two purposes: it generates renewable energy, and it protects the home.

Solar roof tiles typically have a 14 percent to 18 percent efficiency, with conventional solar panels have a typical efficiency of roughly 22%. 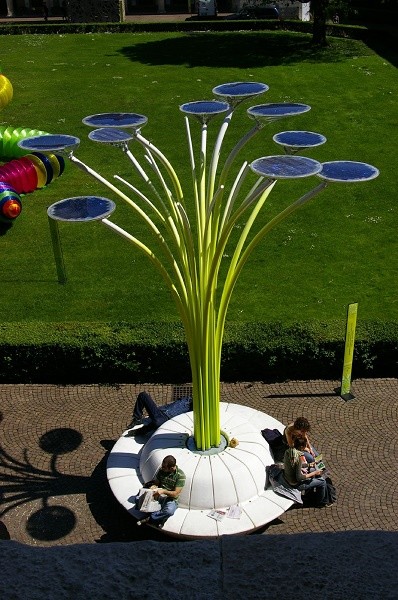 Solar power harvesting trees are an innovative approach to generate sustainable energy by tapping the sun’s unlimited energy. Scientists at Finland’s VTT Technical Center have created prototype plants that capture solar energy and store it in order to power gadgets such as cellphones, computers, LED street lights, and electric vehicles.

These powerhouses can be installed in deserts, office parking lots, golf courses, business parks, and shopping malls, enhancing the scenic value of the area while also generating renewable energy. 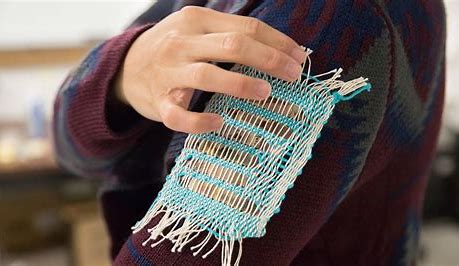 Solar cells are now also accessible in fabric form, allowing for greater versatility than ever before.

When exposed to light, a solar cell fabric is cloth that contains photovoltaic (PV) cells that generate electricity. To put it another way, the fabric is used to make the cells. These cells, also known as photovoltaic cells, are an important component of a solar panel because they absorb solar energy and convert it to electricity.

These solar filaments may be woven into t-shirts, winter jackets, or any other type of clothing to keep you warm, charge your phone, and supply energy for other requirements while you’re out and about. 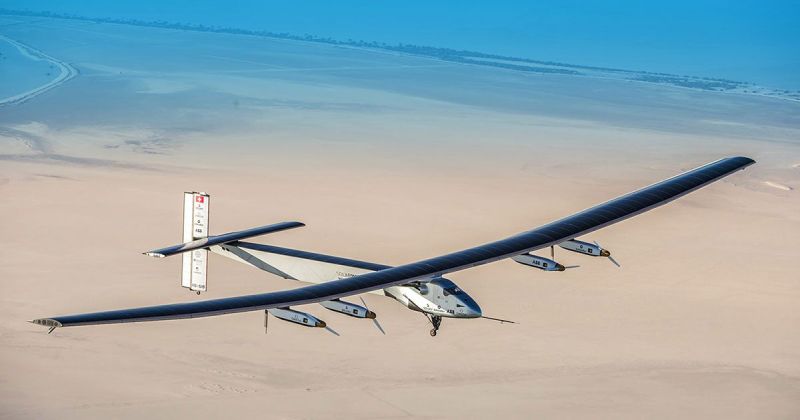 Since 2013, when Australia introduced the first solar-powered bus with zero emissions, solar transportation has gone a long way.

With new prototypes such as the Solar Impulse 2, the airline sector is undergoing a revolutionary transition. The Solar Impulse 2 was the first solar-powered airplane and conducted a historic flight around the world. The plane has almost 17,000 photovoltaic cells on board that charge the solar batteries, allowing it to stay in the air for days at a time.

Several countries will harness the potential of solar energy by launching a slew of solar aircraft projects, solar-powered bus stops, solar boats, and other vehicles, ensuring a clean and fossil-free transportation future. 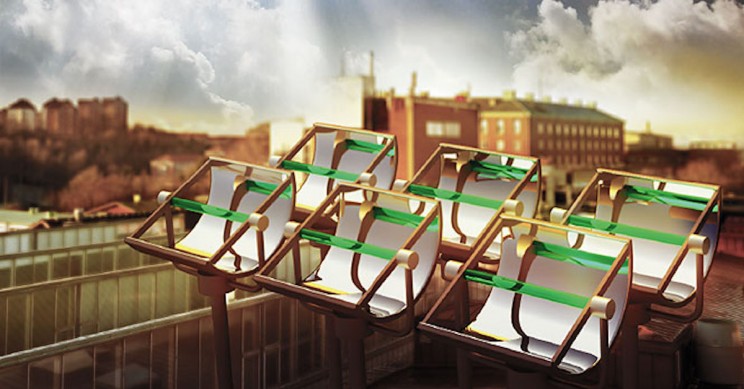 This type of solar energy uses the same system and mechanics as regular solar energy, but with the addition of norbornadiene, a chemical. This liquid can catch roughly 30% of the raw radiation from sunshine, boosting the system’s capacity from around 20% to over 50%.

Aside from that, the chemical reportedly has a long shelf life, possibly decades. Its potency, according to the scientists who developed it, can last for over 18 years, implying that they can be truly effective long-term alternatives to fossil fuel-based energy.

This technology is innovative, but it is still in its infancy and relies on toxic solvents as a catalyst, which can be hazardous. Although its creators are constantly looking for new catalysts, the existing version of the chemical may require additional precautions. 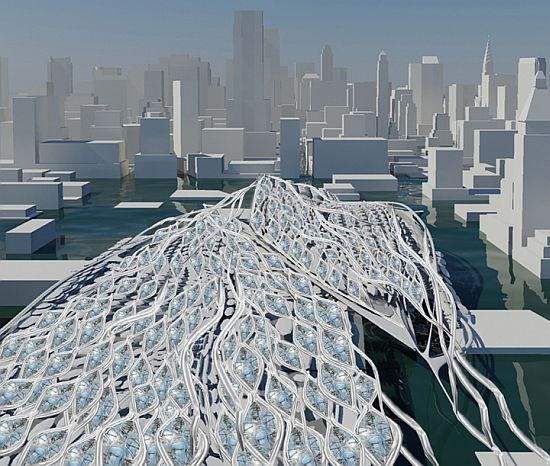 Architectural firms are picturing new buildings with solar energy generating facades that may create energy for themselves. However, with most of the city changed to a concrete jungle, there must be a way to make the existing towers green. Studio Formwork designers have attempted to do precisely that with Solar Skin, a new product design.

The Solar Skin is a lightweight unitized system of inflatable solar components that can be zipped together to form a temporary skin that allows an inefficient structure to take advantage of the growing trend of onsite energy generation requiring no refurbishment. Several forward-thinking companies have taken up the challenge and are hard at work developing new and better ways to capture solar energy and convert it into useful electricity. Solar windows are one of these companies’ primary focuses.

Solar windows are comprising solar panels that collect and convert solar energy into electricity. These panels can be retrofitted into any style of window, allowing building owners to achieve partial grid independence.

It may convert every window into a source of electricity with the solar window, opening the way for a zero-emission and sustainable future.

Photovoltaic noise barriers are larger solar panels that can be used as walls or barriers, making them an effective traffic noise deterrent.

Vehicle noise near highways has long been a source of complaint in many residential and business areas. Many schools near major thoroughfares have long complained about noise from nearby business and industrial zones. Governments can kill two birds with one stone by using solar noise barriers.

Acoustic dampeners are installed in the thicker noise barriers, reducing noise from all directions. The photovoltaic cells then use the acoustic foam as insulation, allowing them to capture solar energy.