From a certain point of view, one might think that the vertical cities approach is just a glorified condominium concept that bears similarities to fictional futuristic settings. Nonetheless, the general impression of it is optimistic, with supporters believing that it is not only a viable alternative to traditional living, but also something that could benefit humanity in the long run. 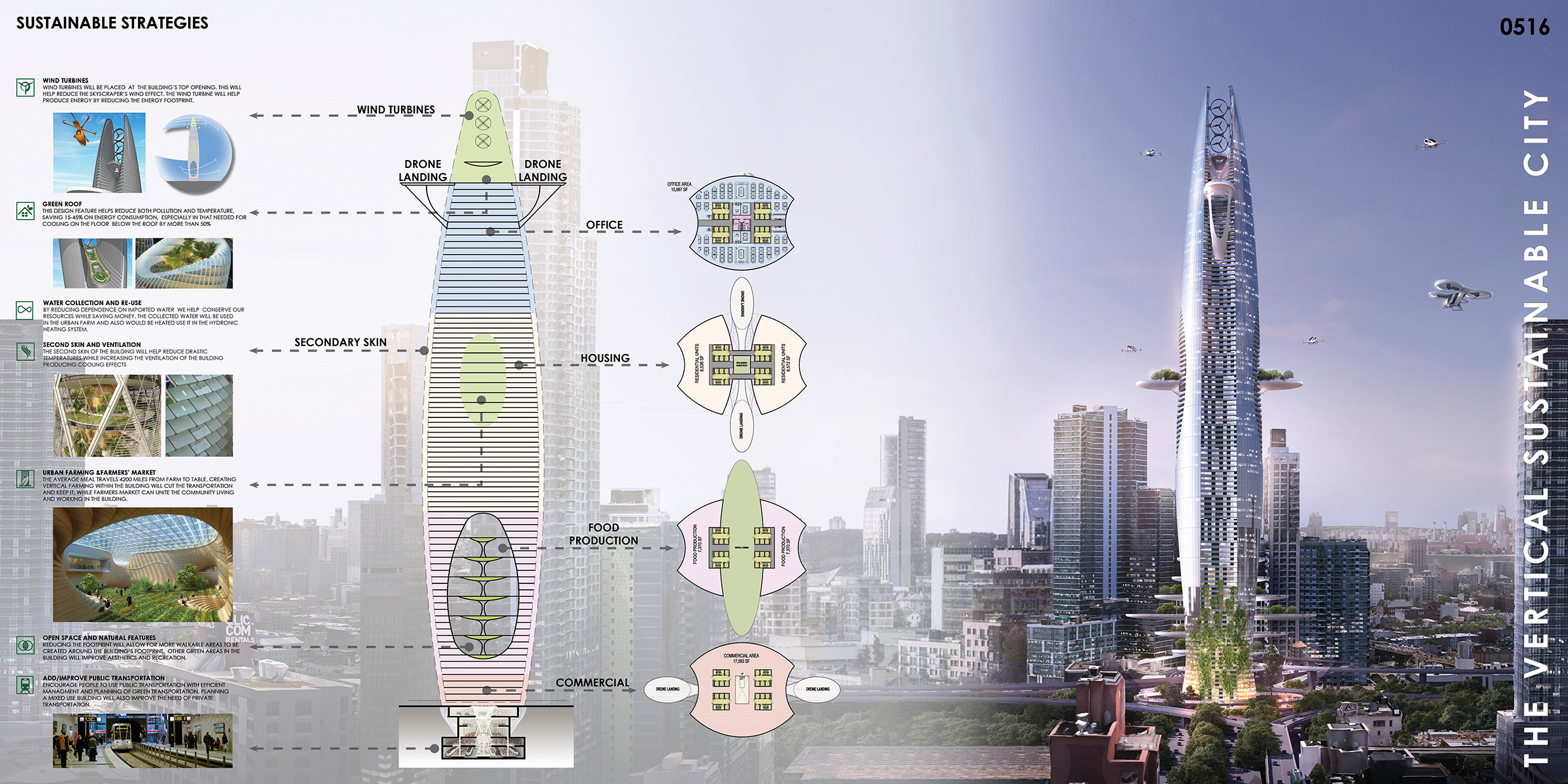 Vertical cities urbanize unused spaces as a solution to the rapid population growth, as well as one way of deterring developers from aggressively expanding their business through the rural and culturally significant parts of their respective countries. The hypothetical megastructure is envisioned to be a hub of all things that make up a community. This includes family residences, offices, business establishments, food production areas, and so much more. Though it may seem like an ambitious idea, several multi-use skyscrapers already prove that the idea is feasible, given proper management and funding. The Burj Khalifa is a decent reference for vertical cities, as its height and success have stood out as inspiration for architects who support the concept and believe it is a worthwhile venture. Some have even detailed the ways it can prosper through self-sustainable ways through the use of wind turbines, solar panels, and specialized farms.

In theory, it would be cheaper to live in such a city simply because of its accessibility. The lack of roads means transportation would not be a problem. It would even mean reduced vehicular emissions while bringing communities closer together. Plus, many would consider vertical cities as a novelty, a tourist destination to visit, which would greatly benefit local businesses. Others would try to form an opinion on whether or not these unique cities are a worthy investment. Because despite all the advantages it has, the concept still carries drawbacks that would be disadvantageous for long-term living.

The obvious and looming unease pertains to vertical cities having compact environments, making both the social and environmental risks graver than that of regular cities. These megastructures are expected to support its population for decades on end. Sudden population growth or poor structural maintenance can lead to terrible results, which would only grow worse under the scrutiny of psychological and social side-effects, alongside extreme weather calamities. Most high-rise buildings share these concerns which are often attributed to their scale and structural integrity. Meanwhile, a few minor worries focus on the inevitability of structural streamlining, where vertical cities will follow successful templates, and would be built similarly to the point where each building would feel bland and soulless, similar to tenements and apartment districts.

Of course, not everyone is bothered by these theoretical dilemmas, especially since the supposed lasting benefits outweigh the impending disadvantages. The only problem vertical cities face is getting funding for it because it is still just a concept. Though similar to other towering multi-use skyscrapers, the effort for building-based urbanization require extensive preparation due to the scale of such a project. The skepticism even extends to the general confidence in the concept itself and if it is worth investing in such a revolutionary idea.

Though the concept faces numerous obstacles that prevent it from becoming a reality, it is certainly not an impossibility. As a solution, vertical cities are likely an inevitability that one or a few countries will take a leap of faith for in order to adapt to their growing needs. If the Philippines were ever to adopt and implement the concept properly, it will likely be a decision that would improve the country’s circumstances in more ways than one.